Phil took me on a scooter ride the other day to DQ and then bought me an ice cream cone <3
Posted by sammie at 12:48 AM No comments:

Be upset, eat and and repeat.
Posted by sammie at 5:49 PM No comments:

Here is some food I've eaten and things that I like. I know, very interesting!

The boring life of one who can't cook.

Today I ate this 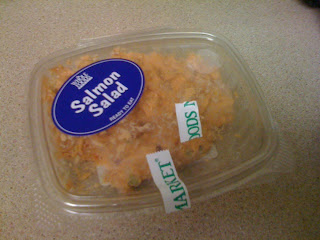 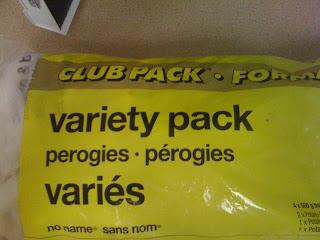 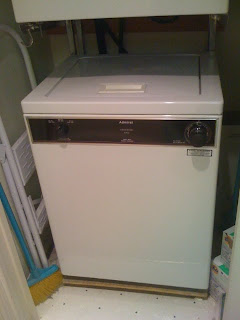 I watch so many tv shows but I feel like there's nothing to watch on Tv, how strange is that? Here is what I currently think of the tv shows that I watch!
How I Met Your Mother - I was starting to think that this season was getting better (in terms of the entire series) but now that it's been renewed for 4 more years or w/e?! I think they've done that because Two and A Half Men is down the drain now. I read an interview with the writers and they sounded boarder line douchey. They basically said that they don't know what they're doing with some story lines (like the goat in the washroom) and they already know who Ted's going to meet the mom. It's like they're just dicking us around but I've seen all the episodes so I have to keep watching.
Pretty Little Liars - I've only seen a few episodes and so far I'm getting a Gossip Girl feel (sorry to those who watch Gossip Girl). All the episodes seem to be based on suspense that goes no where at the end of each episode. I must say though, I like watching the pretty clothes and still want to know what happens. Part of me keeps saying that I have to watch all the old episodes to catch up on the empty plot line.
Glee - I actually stopped watching for a while after becoming obsessed with this show (I may or may not have an obsessive behaviour). They plot started to not be strong enough to support the singing. I started re watching again because they started singing some songs I know plus I love Holly! I found out that they're doing original songs and I was worried because I watch to hear songs I know (I love knowing stuff!). I watched it today and it wasn't that bad. PS Kurt and Blain = so adorable!
Modern Family - I love this show! It's one of those shows where I don't have a favourite cause it's impossible. I love how the characters Cam and Mitchell kissed but the show didn't make the episode revolve around it.
Cougar Town - Courtney Cox's bo tox face took me a while to get used to but it's actually really funny. I don't think I know any one else who watches this show.
Vampire Diaries - APRIL 7Th!!!!
Bones - This show is hard to watch because it's on the same time as Vampire Diaries. Vampire Diaries is also on an hour before but I'm usually not home yet. For those who do watch Bones, when the hell are Bones and Booth getting together? It needs to happen soon. It's not as frustrating as How I Met Your Mother, not even close. John Francis Daily is in it as well! He played Sam in Freaks and Geeks; he was so adorables.
Big Bang Theory - Funny! At first I was scared that the nerds would be too annoying to watch (I can watch them in my real life). Jess made a comment that the girl (Penny) isn't even that hot and she needs to be cause it's a 1:4 ratio. She started watching it when I watched it and the other night she watched a whole season on my laptop. Phil said he doesn't want to watch it cause he's afraid it will remind him of his real life. I told him that at least he's the cool one with a girlfriend haha then it turned into me talking about myself. Love all the bazingas!
Simpsons - Will always watch. Period.
(Notice how I'm naming the shows in order that they air during the week? haha)
Misfits - I may be crazy but I think I saw a commercial on tv one day for this show. I downloaded all of the episodes cause it's on E4, a UK channel I believe. Watching it makes me want to try watching Skins again (watched a few episodes at Sams before). I think peoples first reaction is that it sucks cause the characters gain super powers and it reminds them of Heroes, which went super down hill. But I swear it's better than that! I also love accents so... it's good hah
Boardwalk Empire - Great acting and long episodes. I don't know when there will be new episodes. I wonder how much of it is true cause it's based on a real person and era in history.
True Blood - Needs to start again now so I can watch Alexander Skarsgard!!
Breaking Bad - When will it be back? I actually forgot what was going on in the last episode that was new. I see reruns sometimes but you really need to be in the right mood to watch it. It's quite serious but has some little laughs in between. The acting is really superb and it makes a difference.
Walking Dead - I'd say good but not great. Still a little undecided. At first I thought it was good but then I started thinking and wondering how much can it get? They just keep running from zombies?
That's it for now! = )
Posted by sammie at 11:21 PM 2 comments: 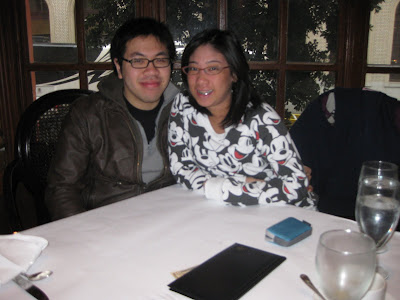 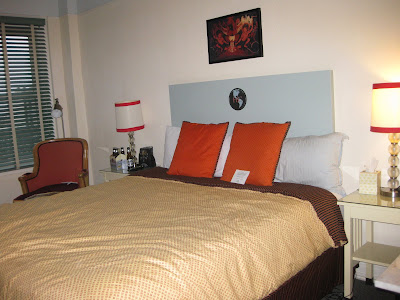 I haven't posted in forever so I'm going to take my recent trip as an opportunity to blog it out. We only took two pictures together and this is one of them. I find it hard to take lots of pictures together when there are only two people, plus it was rainy/windy outside. Anyway, I like this one = ) We were at Grand Cafe (part of an other hotel) for brunch and it was very delicious. The host and waitress were both very nice (like pretty much everyone there!) and chatty, which we like.

The weather did not mix well with me. It rained so much that the inside of my pocket o 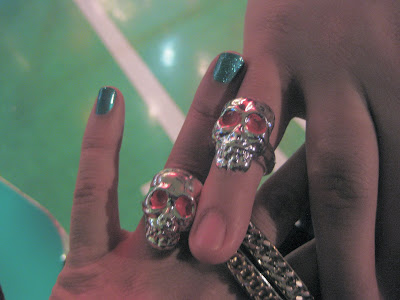 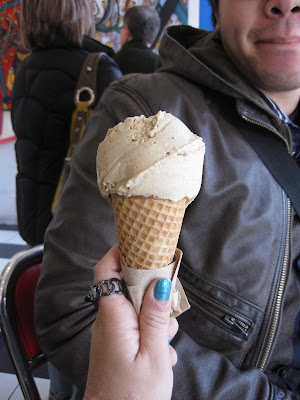 f my MEC rain coat was wet. There was complaining and there were slight fits.. all given by me ahah Thank goodness I'm lucky and have Phil! Quite some time was spent in the hotel room so I'm glad the room was pretty nice. Plus I brought my own pillow case so my poor skinned scalp wasn't that bad. The TV had free HBO, I watched part of Where The Wild Things Are. Also, the NBA All Star weekend and saw some dunks.

We went to Fisherman's Wharf and it was pretty fun despite the rain. I was excited to see the sea lions at Pier 39 but there was only one hah We went to the arcade and it was more fun than I thought it would be. I only played ski ball but I got 6 whole tokens! When Phil played he got 0 tokens (I think it was broken haha). These crazy teenage boys got almost 400 tokens. I wonder how long they spent playing games. I also wonder the dollar value ratio of tokens to play games to prizes. Phil got us matching skull rings that symbolize our friendship. Notice that it doesn't actually fit on his finger haha but does on my tiny tiny finger!
The sun finally came out the last day when we were leaving so we went to the Mission district. We first went to Dynamo to get doughnuts! Phil got a Guinness one and I got a Maple Glazed Apple Bacon one. It was extremely good with apple bits inside. Then I wanted to go to Humphry Slocombe but it didn't occur to me that people don't really eat gelato at 10.15a in the morning. So we went to eat Mexican food at a place that I can't remember the name of. Phil had a burrito and I had a large large portion of chicken enchilada that I could not finish. Yums for affordable dollars. Finally got my gelato, this is Blue Bottle Vietnamese Coffee.

PS Sorry I haven't done this in so long, I don't know what I've done with the formatting of text and pictures together =/
Posted by sammie at 9:45 PM 2 comments:

I really should start updating regularly but what to write about?